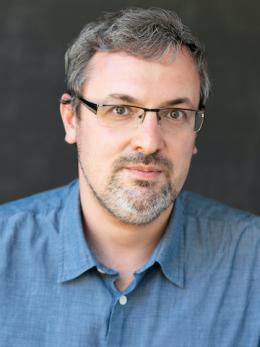 Gioachino Rossini is probably as well known on the concert stage as he is in the opera house. His overtures are some of the greatest and most popular in the genre. Every child (and adult) knows the music from William Tell (The Lone Ranger), The Barber of Seville, and countless other pieces because of their use in cartoons, movies, and even advertisements. All told, Rossini composed 39 operas in just 19 years, and then inexplicably stopped composing operas altogether, even though he lived for another 40 years. He did, however, write some small pieces that he simply called “sins of old age.”

La Scala di Seta (The Silken Ladder) was Rosinni’s sixth opera and was a one-act farce, composed to the libretto (story) by the poet Giuseppe Foppa, which was based on a French play by Eugene Planard. The farce (farse) was a popular vehicle for composers of the day (Rossini composed four between 1810 and 1813) because they were small in scope (generally five to seven characters, and used a small orchestras) and afforded especially young composers the opportunities to have their works performed. The title is taken from a prop, a silken ladder which was the means for the tenor Dorvil to visit his (secretly married) wife, who was living in her tutor’s home. From this premise, the time’s typical romantic foolishness was on full display. After its first performance on May 9, 1812, few performances followed. However, the overture has lived on as a brilliant opener for thousands of orchestral performances world-wide.

“Do you know that when I play Mozart, I feel brighter and younger – almost a youth?” wrote Tchaikovsky. On another occasion, when referring to Mozart’s music, he called it a “sacred delight.” Tchaikovsky was enamored with Mozart and his music, and paid homage to the master in the best way he could – he modeled (at least sort of…) a couple of his compositions on Mozart’s style. With this in mind, Tchaikovsky created his variations for cello and orchestra with a theme that is light, and an accompanying orchestration that is transparent – certainly a far cry from his normal large scale, brass laden orchestrations. This work is meant to remind us, or at least give us a hint, of the music of Mozart’s time. The music itself certainly does not sound “classical,” – the harmonies, etc., are nothing like the music of Haydn or Mozart. But nonetheless, Tchaikovsky’s intent seems clear, and the charm of the music permeates the entire experience.

The Variations on a Rococo Theme was dedicated to Tchaikovsky’s colleague at the Moscow Conservatory, the German cellist Wilhelm Karl Friedrich Fitzenhagen. Fitzenhagen was given a great deal of latitude in the creation and structure of this work, and it seems that Tchaikovsky eventually became unhappy with this participation. In 1889, when the orchestral score was ready for publication, Tchaikovsky complained to a friend, “That idiot Fitzenhagen’s been here. Look what he’s done to my piece — he’s altered everything!” In spite of his unhappiness, Tchaikovsky let the publication take place, exclaiming, “The devil take it! Let it stand as it is.” It is this version that is generally played in today’s concert halls, including on this set of performances.

Louise Farrenc was a well-known and respected pianist in 19th century France, and in fact was the only female professor at the Paris Conservatory during her time, a position she held for thirty years. Interestingly, for ten years, she was paid less than her male counterparts, until the successful performance of her nonet, after which she demanded and received equal pay. She was a gifted pianist, who had a thriving concert career, and during her early years composed almost exclusively for that instrument. She eventually started composing chamber music, which is often considered to be among her best creations.

Louise composed three symphonies, the second of which is heard on this set of performances. Unfortunately, her timing was off. Opera was the rage during this time, and even though all three symphonies are quite interesting and skillfully crafted works, they did not meet with major successes. In the words of the famous critic and biographer Francois-Joseph Fetis;

Unfortunately, the genre of large scale-instrumental music to which Madame Farrenc, by nature and formation felt herself called, involves performance resources which a composer can acquire for herself or himself only with enormous effort…. This is the reason why her oeuvre has fallen into oblivion today, when at any other epoch her works would have brought her great esteem.

Perhaps an even better explanation can be found from composer Camille Saint-Saens:

The composer who was bold enough to venture out into the field of instrumental music had only one forum for the performance of his works: a concert which he had to organize himself and to which he invited his friends and the press. One could not even think of attracting the public, the general public; the very mention of the name of a French composer on a placard—especially that of a living French composer—was enough to send everyone running.

For this set of performances, I have taken the liberty of creating an edition suitable for the Sinfonia make-up, and one that I hope you will find both charming and great fun!